Mexican night at the EMBRO Legion is fast approaching!! This SATURDAY 6-9 pm.. All proceeds to Grade 8 Celtic trip.. should be a fun filled evening of drinking margaritas and eating taco's, nacho's, fried rice and loads of fresh veggies!! 12 bucks for adults and cheaper for kids.. but can't remember right now.. (silly me)

On May 8th, 6-8 pm I will be collecting canned food items in Embro. This event is being organized by the local Real Estate Board. All donations will be delivered directly to the Salvation Army. Questions?? Feel free to contact me at 519-709-6635.

It has been finalized we have approximately 15 vendors participating in the Zorra Women in Business Group. Come on out and "Shop and Meet" what each business woman is promoting. A great opportunity to talk, eat some treats and just enjoy yourself. The event is happening at the Legion from 10 am till 1 pm. We look forward to seeing you there!!

Saturday, April 6th 10am – 1pm Embro Legion You are invited to shop and meet many of the local business women who are working to provide a range of services in your community. Help keep your community strong, buy and shop local. Everyone who attends has a chance to win a PRIZE. REFRESHMENTS WILL BE OFFERED. ALL PROCEEDS WILL GO TO SUPPORT THE W.C.I. PROM FUND FOR THE GRADUATING CLASS. No charge for admission. If you offer a service or operate a small business and wish to be a part of this day or to learn more about this committee please contact Jennifer Webb 519-475-6635.

There will be a bottle drive in Embro on Jan 5, 9-12 ... all proceeds to the grade 8 Zorra Students who will be attending camp Celtic at the end of June.. Two drop off locations in Embro (Tara Olivers house Wallace Cres and Carys Wyn Hughes house on Street) Country location drop off is at Lisa Deboer's house on the corner of Hickson side road and 45th line. Feel free to chat to any of the students in grade 8..they would love to tell you about what Celtic has to offer. On that day the students will canvassing the Embro area, asking for donations. Feel free to drop off earlier if that meets your needs.

Wizard of OZ- Another Successful Play in Embro

Woodstock, Ont. 1848
From "The Church The Gaels Built" by W. Stewart Lavell. Excerpt from pg. 4, "Beginnings".

Our thanks to Allan J. Gillies for sending this in...

Just how many Gaelic Scots were in Woodstock at the time is difficult to know, but in 1848 a large group of them came to the community as emigrants - many of them not knowing a word of English. We are indebted to Miss Isabelle McLaren, secretary of Knox Church as this is being written, for an interesting account of the arrival of one such group. It is attributed to one D. McPherson and reads as follows:

"One fine morning in the spring of 1848 many families of emigrants from South Uist (an island off the coast of Scotland) were driven upon the Green. This spot of land was the five acres bounded on the south by Dundas Street, on the north by Hunter Street, on the east by Graham Street and on the west by Light Street. It sloped upwards toward the old Court House and was covered with thick green sod, with a dirty, stagnant pool of water at the south end.

"Eight or ten wagons were unloading human beings - old men and old women, children of all ages, with literally nothing save the clothes on their backs - nothing to eat and no money with which to buy food - faces and hands dirty and their hair a mass of tangles - their clothes smelling strongly of ship tar. Many of them men wore jackets of navy blue with breeks to match, and bonnets, either Glengarry, Balmoral or Tam O'Shanter. The women wore the regulation blue-black short fishing skirt and a blouse. Many of them were bare footed, bare headed, or perhaps a shawl thrown over their heads. Only one woman wore a mutch.

"Theses people had to put up with the poorest accommodation aboard ship - the same on land, hustled and bustled through from the sea to whatever part of the country the emigration officer thought fit to send them. No person offered them water, soap or towels, and they had not the wherewith to buy the necessities of life nor enough knowledge of English to demand them. The emigration agents did not take the trouble to inform the municipalities that emigrants were coming. Newspapers were scarce and dear.

"These people were bundled off the wagons on the cold, frosty grass with loud and eargrating oaths and curses. People of the village turned out and looked on with a sort of dazed astonishment in their eyes. The authorities took no action, but such men as Angus Campbell, John Sutherland, Peter McLeod, James Barclay, William McKay (stone cutter), Elder George Gunn and his three sons (Lauchlan, James and Hugh), John Maxwell (printer), Donald MacPherson, an Elder in the Kirk, and others just as good and true, formed themselves into an emergency committee and went up to the Green.

"At the first word of Gaelic spoken the men came forth with their bonnets in their left hand, their right hand outstretched for the friendly grasp. Most of the women were sitting with their heads in their hands, suffering from hunger and terrible loneliness, but when they heard the Gaelic salutation "Peace be Here" (in Gaelic a loose translation is "sith dhuibh"), they sprang to their feet, and fairly covered the hands of their new friends with kisses. Highland people do not deal much with kisses but when they do, their own soul is stirred up with loving thankfulness.

"Soon bread, potatoes, milk, butter, teapots of hot tea and hot soup were carried to them and the men built fires while others gleaned from others their prospects.

"......The authorities had still taken no action and the day wore on. Donald McPherson Campbell & Peter McLeod called on John Greig and asked him for the key to Auld Kirk. John gave it up and the doors were thrown wide pen and the new friends put these people there for the night. Citizens came to Angus Campbell and gave him money to buy food for the morrow."

The account concludes that some of these people were put in shanties on farms in W. Zorra, others built shanties on vacant lots on Winniet Street or wherever they could squat. But it adds that many never learned to speak English and felt themselves in a strange land.

I absolutely love it when a plan comes together on the fly...  Yesterday while sitting at church talking to Christine and Melissa we discussed how more and more women are business owners.  Whatever the reason may be, the fact is women are delving into having their own personal home business's or choosing to be self-employed.  So... this got us thinking....  Why not have a open house for Zorra's Women in Business.  We are looking for women interested in joining in on this new and exciting way to promote one another's businesses.  Thoughts are that we try an open house in February... just before the spring market.  We are looking for 1. contact information 2. dates in February that would work for you to be able to attend 3. willingness to donate a price for a raffle 4. willingness to pay a small fee, so we can rent out a space at the Community Centre.

This is simply some preliminary questions at this time.  We look forward to hearing from you and getting this underway!!  This would be an amazing way to really support one another.  I know from experience... you need to get your name out there.  One key to a successful business is referrals.  Why not use ZWB group to help your business grow..

Until next time.. looking forward to hearing from you 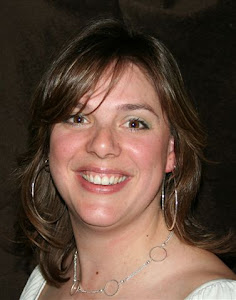 Jennifer Webb
Zorra has so much to offer... hidden little places and wonderful people that make this community a great place to live. If you have anything exciting to share feel free to contact me via email:
jwebb@oxfordcountyhomes.ca

"The Township of Zorra has 23 communities, a growing population of 8,125, and a rich history that continues to engage strong, supportive neighbourhoods.

Located in Oxford County, in the heart of South-Western Ontario, the Township of Zorra spans over 530 kilometres. It is a predominately rural landscape and home to many farming communities, with small town charm.

Together, the citizens of Zorra welcome you and we hope you stay."